Citing Casablanca as a top-five fave always feels like a cop-out cliché of the ilk that the film is filled. It’s easy to be cynical about Casablanca, that romantic 1942 classic with more quotable one-liners than its possible to recall – but it’s enduring and endearing plot, perfectly formed characters and uplifting ideals are still capturing audience imagination. In fact, this year, the film celebrates its 70th anniversary this year.

The longevity of the movie (produced in the decade that pushed the ‘film a week’ mantra) owes a nod to timing (apparently a version of the script arrived at the Warner Brothers Studio the day after the Japanese attack on Pearl Harbor, December 8, 1941), but also confirms that quality can transcend time, politics and place, and that a honed dialogue, a tight plot and real characters will always triumph over showy theatrics and shallow special effects. Humphrey Bogart is pitch perfect as Rick Blaine, the eternal cynic predisposed towards democratic idealism and justice. The inimitable Bogey, cast alongside Ingrid Bergman as Isla Lund, was on his way to becoming typecast as a gangster, but Casablanca allowed Bogart to break the mould. Aloof and jaded, Rick remains something of an enigma throughout the film, and despite his final, heroic act, the audience never discovers why he can’t return to America. 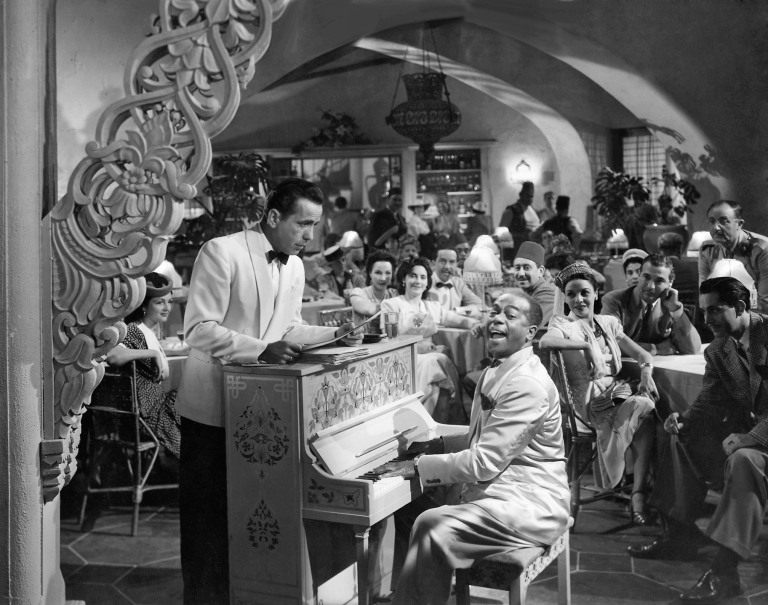 The ever-stylish Bogart lent Blaine an elegant and nonchalant flair, his iconic, sartorial relevance confirmed thanks to two well-chosen costumes. First up, the white dinner jacket. A classic, double breasted design, classically styled with a dress shirt, a neatly folded pocket square, a black bow-tie, worn just-so, and some slim-fitting black trousers. This is Rick’s work uniform, although one that he wears with ease and panache; leaning over Sam’s piano, or to play a game of chess. Emphasising Rick’s aloof traits, whilst reinforcing his authority, the white dinner jacket acts as an understated blank canvas, a neutral uniform that reiterates Rick’s (initial) refusal to assign political allegiance. Although white is not a conventional jacket choice, the shade is the perfect complement to the bustle of Casablanca and the cool interior of Ricks…and is an excellent motif to heighten the dramatic film noir aesthetic. 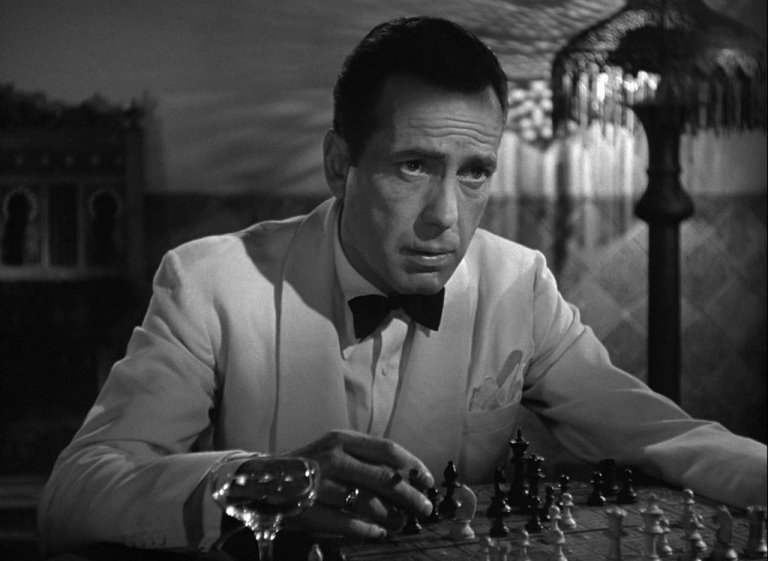 The final scene of Casablanca, an atmospheric and foggy airport sequence has become one of the most iconic images in film history, and it’s been suggested that Bogart’s character sparked an onslaught on trench coat sales. Rick Blaine wears his classic but functional trench (complete with wide lapels, a rain shield, gun flaps and D-rings) his own way, with his collar up, his fedora pulled down low over his eyes, and an unfiltered cigarette never too far away. Whilst the trench coat has a long-standing military tradition (with both Burberry and Aquascutum laying claim to providence), Rick’s twist is casual yet retains authority – he is in control of events and his own destiny.

The decision to style Rick in a trench reiterated the political backdrop of the WWII and Bogart’s trench coat has become a much-referenced fashion statement. The studio bosses canny decision to focus the film’s marketing around the trench coat wearing Bogart allowed his version of masculinity to become deeply entrenched in the intertwined film and fashion history narrative. After all, no one could wear a trench better than Bogey. 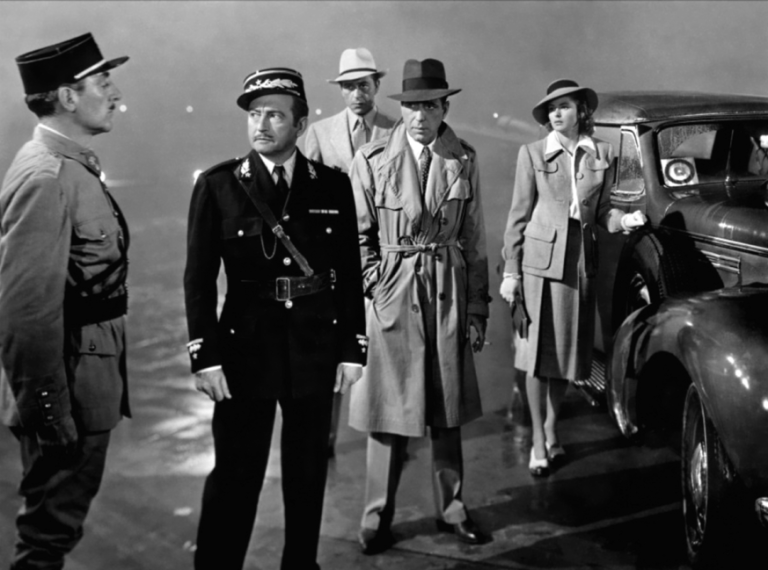 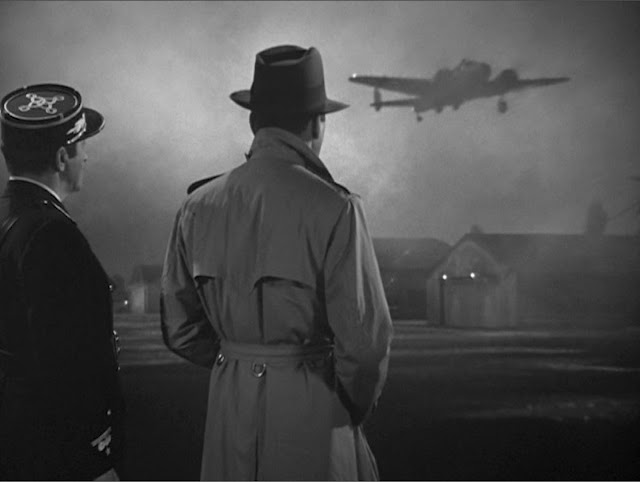 2 thoughts on “Casablanca: ‘Here’s looking at you, kid’”