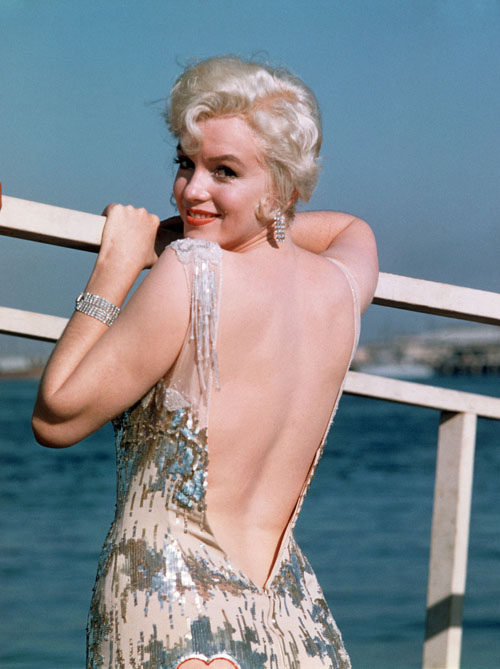 August may mark the 50th anniversary of Marilyn Monroe’s untimely death, but the myth of Marilyn endures. Her star has burnt brighter in death than it did in life, it’s luminescence aided by re-hashed conspiracy theories, Hollywood films and the 14 books written about Monroe (in the last year alone). Although Monroe’s scandals and foibles were played out against a very public backdrop she remains an intriguing enigma, a cultural beacon for 20th century living, and a warning that beauty and success do not equate to happiness. Monroe left a varied and endearing legacy, juxtaposing her extraordinary screen presence with well-documented personal problems. Her aura is rooted in her tragedy.

One of Monroe’s best-loved and well-respected roles is in Some Like it Hot. Directed by Billy Wilder, this increasing absurd and light-hearted comedy is filled with originality and genuine slapstick that has stood the test of time. Upon its release in March 1959, the feature was deemed so offensive that it was banned in Kansas – the furore caused as much by Marilyn Monroe’s revealing ‘nude’ dress as Tony Curtis and Jack Lemmon’s exuberant cross-dressing. Monroe’s turn as Sugar Kane is a heady mix of breathless sensuality, beguiling innocence and gold-digging charm (all classic Monroe traits) and costume designer Orry-Kelly played up to her ample physical attributes. Although the actress was pregnant during filming, Monroe donned a series of revealing outfits that amped up every curve and made the most of her most famous assets (one poster tagline even referred to her ‘bosom companions’). 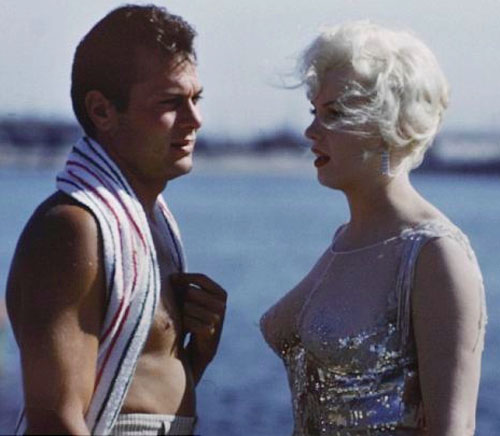 The cocktail dress that caused such consternation appears twice – once in black and –controversially – in ‘nude’, leaving Monroe next to naked, apart from a few well-placed bugle beads. Singing “I Wanna Be Loved by You”, Monroe utilizes a well-placed spot light, prompting film critic Roger Ebert to observe that the scene is “a striptease in which nudity would have been superfluous. All the time she seems unaware of the effect, singing the song innocently, as if she thinks it’s the literal truth. To experience that scene is to understand why no other actor, male or female, has more sexual chemistry with the camera than Monroe.”

The completely sheer top bypassed the strict Production Code thanks to strategic appliqués, but the dress was considered a scandal; an intelligent design by Orry-Kelly that allowed Monroe to be practically naked without taking any of her clothes off. The sheer top and beading rendered underwear impossible; in fact it looked like you could see right through to Marilyn Monroe’s bosoms. In Kelly’s words it was “of nude souffle draped on the bias”. The demure knee-length style was offset by trailing beaded tendrils and a daring plunge back, which stops…well just in time. An unexpected heart-shaped embroidery detail completes the rear, a reference perhaps to Sugar Kane’s tendencies to wear her heart visibly, if not quite on her sleeve. Accessorised with diamante earrings, a double strand cuff, embellished pumps and a verging-on-ridiculous fur stole, Monroe as Sugar Kane personifies sex appeal – and then some.

Orry-Kelly won an Oscar (Best Costume Design for a Black and White Film) for his costumes; other Osars were  likely thwarted by the release of Ben Hur. According to Tony Curtis, the costume designer achieved the sensual fit by literally sewing Monroe in to the costumes, after tying string around her legs just where her bottom ended so he knew exactly where the fabric should cling. Apparently whilst he was measuring Monroe’s hips, he told her that Tony Curtis’s “ass is better looking than yours.” Whereupon she opened her blouse. “Oh, yeah?” she replied. “Well, he doesn’t have tits like these.”

The success of Kelly’s Some Like It Hot costumes lie in their ability to underscore and accentuate Monroe’s unique sex appeal, without making her appear vulgar. It’s almost impossible to take your eyes off her, from the moment she appears on-screen she is magnetic and alluring – a modern day goddess with a scandalous wardrobe to match. This time, in the role at least, she certainly got ‘the sweet end of the lollipop’.

Read about Monroe’s costumes in Niagara. 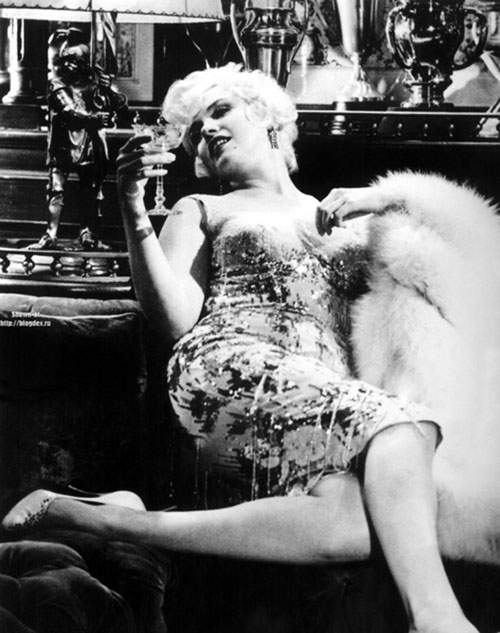