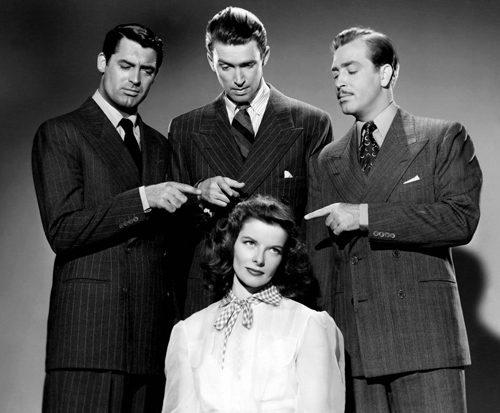 Although Katharine Hepburn is the most honoured actress in the history of American film (12 Academy Award nominations and four wins for Best Actress) she is more regularly cited for her style credentials. Her ability to wear a pair of trousers, and wear them well, is the stuff of fashion lore, and the actress was recently the subject of a style exhibition (Katharine Hepburn, Dressed for Stage and Screen) at the New York Public Library. Hepburn protested that she didn’t seek to cultivate an image, she admitted to Calvin Klein (when collecting a Lifetime Achievement award from the Council of Fashion Designers of America in 1985) that “I think you should pretend you don’t care…but it’s the most outrageous pretense. I said to Garbo once, ‘I bet it takes us longer to look as if we hadn’t made any effort than it does someone else to come in beautifully dressed.’”

On stage and screen, Hepburn had an innate awareness of what she looked good in, and although she may not have deliberately courted controversy with her preference for trousers over dresses, she created a personal style that was uniquely hers. That style (whether consciously cultivated or not) was, and remains, entirely her own, reinforcing her headstrong, independent spirit and projected confidence. 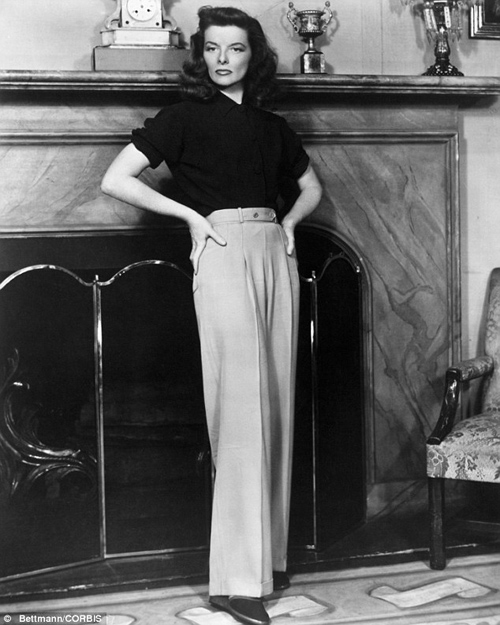 By the late 1930’s, thanks to a series of film flops (including Quality Street and Mary of Scotland, a Woman Rebels, which lost almost a quarter of a million dollars each at the box office), Hepburn was considered box office poison – until Playwright Philip Barry wrote The Philadelphia Story and the aloof character Tracy Lord just for Hepburn. Lord was based on Helen Hope Montgomery Scott, a Main Line Philadelphia socialite famous for throwing lavish parties at her family’s 800 acre farm estate in Radnor.Hepburn and Barry worked on the stage production during the summer of 1938, the show was a roaring Broadway success the following year. Howard Hughes – Hepburn’s then beau – bought the movie rights and gifted the to the actress, allowing her to negotiate the terms of the film with MGM.

Valentina costume for the stage version of The Philadelphia Story

Valentina designed the costumes for the stage production, setting a stylistic framework for Tracy Lord that Adrian would later develop for the film. Valentina’s wedding dress was an elaborate affair – pink silk organza, chiffon and crepe de chine, a fusion of modern and romantic elements – that personified a contemporary Southern socialite. Hepburn saved the dress in her personal collection, and in 1973, wore it again in The Glass Menagerie (directed by Anthony Harvey), with the addition of a corsage and a neckpiece. 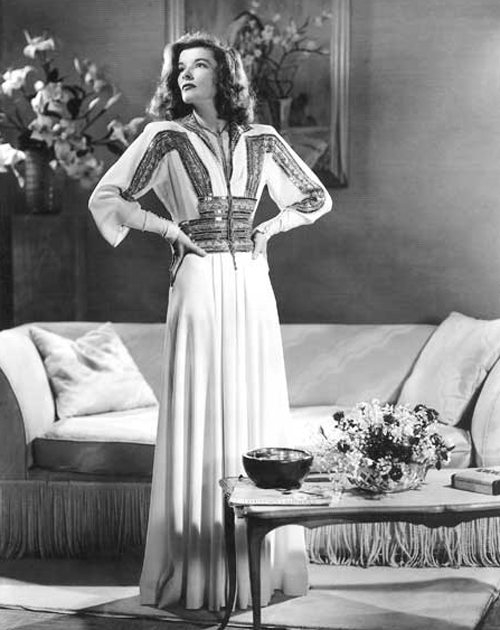 George Cukor’s The Philadelphia Story  (released in 1940) also starred Cary Grant and James Stewart (who won an Oscar for his role). MGM costume designer Adrian was responsible for Hepburn’s gowns; she was later to claim, “Adrian was my favourite designer. He and I had the same sense of ‘smell’ about what clothes should do and what they should say.” In the case of The Philadelphia Story, they ‘said’ glamour and goddess, independence and self-possession. The highlight is a floor-length white silk gown with Art Deco inspired gold sequin beading across the sleeves and bodice. The embellishment recalls Greek key motifs, a visual reference to the untouchable goddess theme that underpins Tracy’s character. The sleek silhouette draws from popular 30’s styles, with a nipped-in waist and tapered sleeves with extended, fitted cuffs. Understated and sophisticated, the dress exudes aristocratic old money and modern independence. 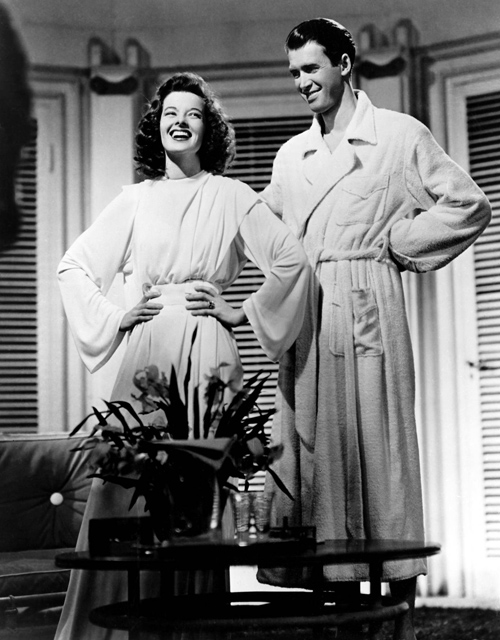 In the final ‘wedding’ scenes the influence of Valentina’s design is most apparent. As befits the occasion, Lord wears a romantic and frothy gown, crafted from a lightweight organza. A layered collar frames the face, a wrap-over bodice defined with an obi-style belt, tied with a bow at each side. The sleeves extend to wide, gently ruffled cuffs, the floor-sweeping hem again exaggerates Hepburn’s silhouette. Lord tops the dress off with an oversize, floppy hat with wide ribbons and – at the altar – a bouquet of flowers. This is Lord (and indeed Hepburn) at her most feminine; but don’t be fooled: she might’ve got her man, but that’s not to say she’s given up her independence to him. 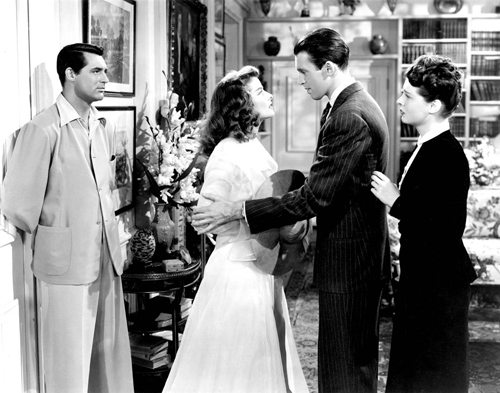 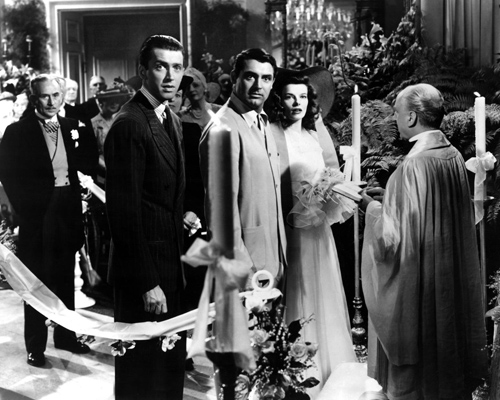 9 thoughts on “The Philadelphia Story: Katharine Hepburn as Tracy Lord”