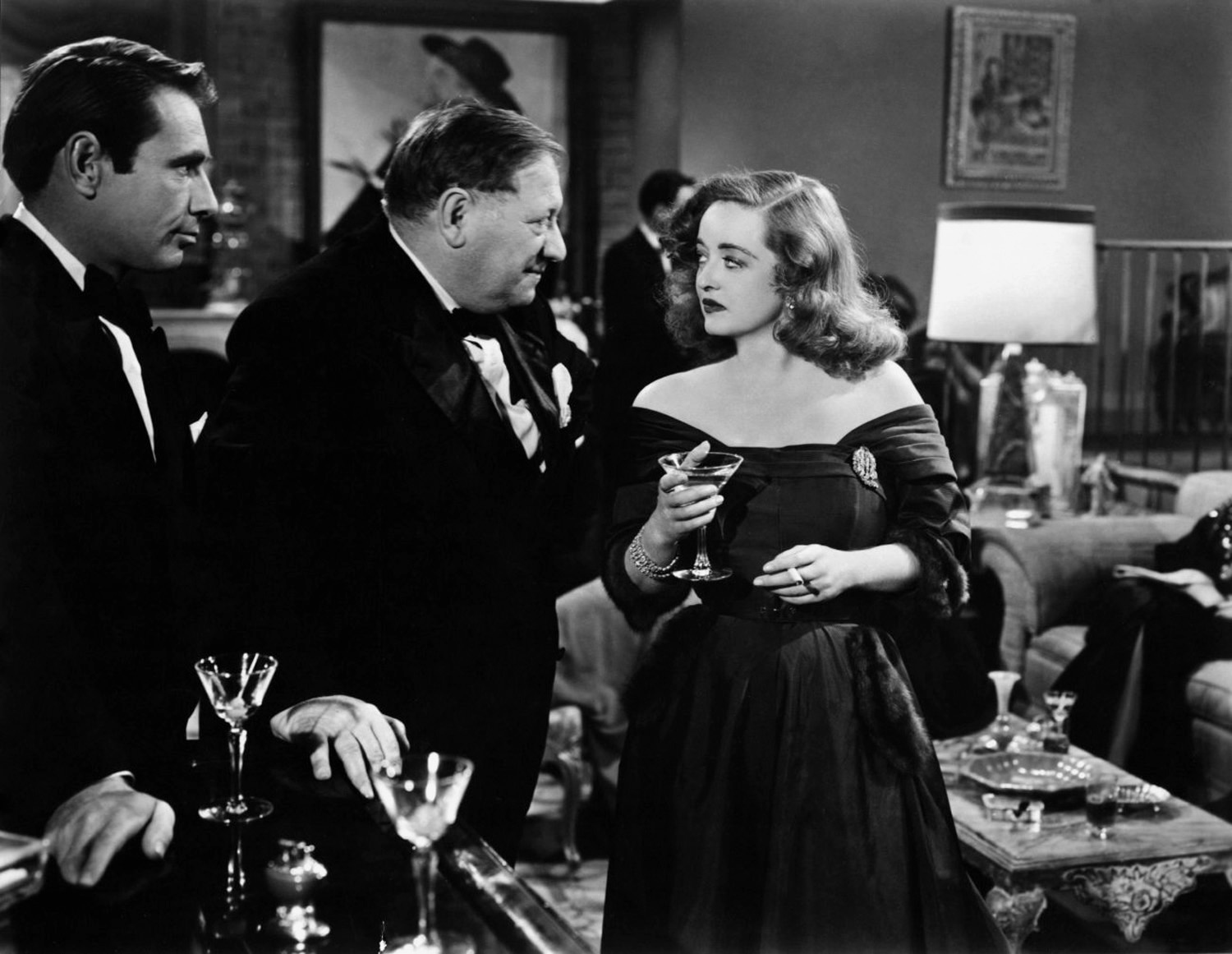 Whilst researching one of my favourite scenes from one of my favourite movies, I was scandalised, shocked and outraged to discover that it regularly ranks amongst the most misquoted. Apparently, lesser mortals fail to match Bette Davis’s effortless, defiant and disdainful delivery of All About Eve’s classic line ‘Fasten your seatbelts, it’s going to be a bumpy night’. In fact, they dare to replace ‘night’ with ‘ride’. What would Bette think? Well if Margot Channing, her character in the film is anything to go by, she’d probably offer those naïve fools ‘a milkshake’.

But perhaps they should be forgiven. Not to give the line (and Davies’s delivery) less than it’s due, but it sits within a wonderfully accomplished and articulate dialogue, written by Joseph L. Mankiewicz (who also directed the film). Every scene is filled with cutting and witty asides that perfectly capture ‘theatre folk’ and their preoccupations. So, in a film filled with perfection (the critic Richard Schickel once claimed Mankiewicz was “one of the tiny handful of epigrammists that have written for the screen”) – why this particular line and the particular cocktail party scene?

Firstly, this is a key scene within the movie. All the main players are present and correct, and this is the first time the viewer is able to assess how individual motivations and secret agendas fit together. Secondly, it’s Margo’s opportunity to really display just how she feels about Eve Harrington (played by Anne Baxter), timid, shy Eve who wouldn’t say boo to goose but has inserted herself rather too well in Margo’s life. The audience is already aware of Margo’s growing jealousy, but this is the first time it spills over and becomes apparent to the other characters. In the process, Mankiewicz sets up one of the movie’s central themes – the established actress who’s terrified of ageing and the fledgling talent who can’t wait to take her place.

At this point it’s definitely Eve we side with, but there’s always a frisson of sympathy for Margo. Those cutting put-downs and her difficult ways mask fear and paranoia – but ironically Davis was never better than in this film. Growing old suited her, as it eventually suits Margo Channing – both just have to realise that it’s an inevitability to be celebrated rather then ignored. Later, Davis recognised that the role was the greatest break at that of her career, that Mankiewicz ‘resurrected me from the dead’. A typically theatrical response from Davis, and one that could have been spoken by Channing herself.

During the cocktail party scene, fork-tongued theatre critic Addison DeWitt (George Sanders) arrives with yet another youthful, luminous wannabe star, Miss Caswell (Marilyn Monroe). Margo, who has already made it clear DeWitt isn’t her favourite guest (“I distinctly remember, Addison, crossing you off my guest-list. What are you doing here?”) is cool yet Miss Caswell takes it in her stride. Monroe’s role in the film is brief but impactful and, although surrounded by actors with considerably more experience, seems to draw all the attention. In a foreshadowing of the ‘Monroe’ stereotype DeWitt steers her towards a powerful producer. “Go and do yourself some good”, he advises. She acquiesces, asking “Why do they always look like unhappy rabbits?”. Margo is left holding Miss Caswell’s opulent fur stole. ‘Amen’, she proclaims, holding her glass in toast. 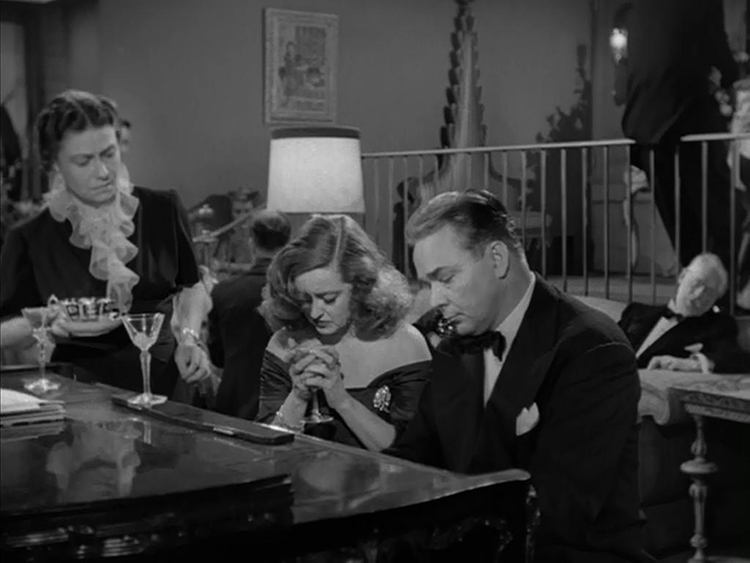 That bitterness speaks to us all. As Margo will observe later in the film, in a ‘softer’ moment: “There’s one career all females have in common, whether we like it or not. Sooner or later, we’ve got to work at it, no matter how many other careers we’ve had or wanted”. The universal themes of All About Eve ensure it’s enduring appeal but lets not forget that this is Mankiewicz’s masterpiece, a happy marriage of script, talent and ideas that’s a love letter to performance.

This post is part of the ‘…. And scene!’ blogathon, hosted by the wonderful Sister Celluloid who, I know for a fact, would never dare to misquote Margo Channing. Read all the entries here.