‘I’ve always had the will to win. I felt it baking cookies. They had to be the best cookies anyone ever baked. But there was a price to pay. If a man is dedicated to his work, he’s more of a man. If a woman feels that way, she’s less of a woman.’

When you think about feminist star personas from Hollywood’s golden age, the first actress that usually comes to mind is the great Katharine Hepburn, whose legendary forthrightness and independence shines through every character she ever played. Yet Hepburn is not the silver screen’s only feminist role model – plenty of other women were trailblazers, on and off screen, breaking boundaries and challenging gender roles. It’s often observed that once film became a profession and a business it became a man’s game; that the early women of cinema got left behind. And whilst there is some truth in that observation, it doesn’t mean that the women who challenged convention in the 1930s and 1940s should be overlooked.

Davis as Margot Channing in All About Eve (Dir: Joseph L Mankiewicz, 1950)

One name often omitted from Hollywood’s feminist discourse? Bette Davis. Davis might never have self-identified as a feminist (indeed many of women I like to think of as feminist figure heads talked very little about gender equality or waged political campaigns) but her credentials are impeccable. To begin with, Davis played some of the most memorable female characters ever written. Many of those characters weren’t memorable for their charm. Indeed the more unlikeable they were, the better Davis played them. Consider the heartless Mildred Rogers in John Cromwell’s Of Human Bondage (1934). In the New York Times, film critic Mordaunt Hall described how the audience was so frustrated by Rogers conduct that ‘when Carey [Leslie Howard, playing a sensitive artist-turned-medical-student] finally expressed his contempt for Mildred’s behavior applause was heard from all sides’.

Davis didn’t just want to be unlikeable or unsympathetic – she was self-confident enough to look bad on camera too. She reportedly argued with Archie Mayo on the set of Bordertown because the director wanted her to wake up in bed wearing a wig and full make-up. She preferred curlers and cold cream for authenticity. For Elizabeth and Essex she shaved her head. As Baby Jane Hudson in Whatever Happened to Baby Jane? she relished the opportunity to be the dowdy counterpart to the glamorous Joan Crawford (her long-time rival). 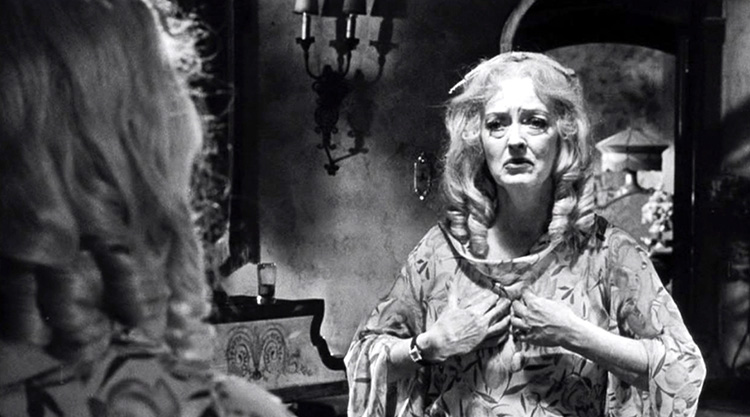 Both on screen and off, Davis showed little desire to be liked. She wanted to get the job done to the highest standard, with little regard for personal vanity or popularity contests. Edmund Goulding, who directed Davis in 1939’s Dark Victory, warned Joseph L. Mankiewicz before he directed All About Eve (1950): “That woman will destroy you. She will grind you down to a fine powder and blow you away. She will come to the stage with a thick pad of long yellow paper. And pencils. She will write. And she, not you, will direct. Mark my words”.

Although many of Davis’ characters explored the accepted parameters of female behaviour, her influence was not solely limited to the screen. Throughout her tenure at Warner Bros. (which eventually lasted from 1931 to 1948), Davis was engaged in on-going battles with studio bosses. She was regularly suspended for refusing to play mediocre parts or holding out for more money. She threatened to move to England to find the roles she thought she deserved. In 1936, she filed a lawsuit against the studio claiming her contract was a ‘form of slavery’. She lost the suit but, remarkably, wasn’t blackballed. Instead she was rewarded for her tenacity with a lead role in William Wyler’s Jezebel and later, an independent corporation (B.D Incorporated) that meant she received 35% of the net profits from her movie.

Those acts of rebellion probably guaranteed her career. Jezebel – and the character of Julie Marsden – was the perfect showcase for Davis’ talent, but also allowed the actress to shape a screen persona that was provocative, fiercely independent feminine and – perhaps most importantly – totally her own. Marsden is one cinema’s great feminist heroines. She’s outspoken, free-spirited and bored of patriarchal conventions that dictate women’s behaviour (remind you of anyone?). In a memorable moment of defiance, she decides to wear a bright red dress to the Olympus ball – a formal occasion at which women are ‘supposed’ to don virginal white gowns. Both Davis and Marsden can be seen as rebelling against male authority – both the actress and the character were important counterpoints to the perceived ideals of femininity in the 1930s. 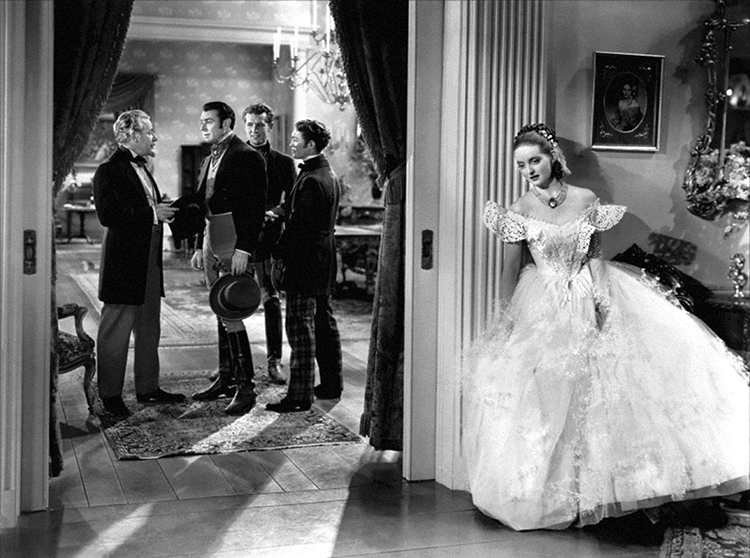 But in typical Davis style, the crusade didn’t stop there. Not content with being the highest-paid woman in America, Davis was also elected as the ninth president of the Academy of Motion Picture Arts and Sciences. She held the post for two short months, then resigned, complaining that the role was little more than a figurehead and actually came with very little influence.

So why – in the light of these achievements – is Davis not the poster girl for feminism in classic Hollywood? That moniker is most often reserved for the great Katharine Hepburn – although Hepburn was far from the only woman to challenge convention and re-shape notions around femininity in her professional and personal life, the accolade belongs to her. Perhaps of all the ‘feminist’ Hollywood icons (as well as Hepburn and Davis, I’d also add Lucille Ball, Barbara Stanwyck, Marlene Dietrich and Mae West to the list), Hepburn remains the most visible because her politics were deeply embedded into her psyche. In short, she was a feminist first, an actress second. Hepburn attended Bryn Mawr College, where her mother, her aunt Edith and several of her mother’s friends had also studied. The college’s president, M. Carey Thomas, had instilled feminist ideals into Hepburn’s mother; it’s likely that the young Katharine grew up in a household where female equality was the norm, not a choice.

Davis was raised by her mother after her father Harlow Morrell Davis, a Harvard Law School graduate, filed for divorce. In Charlotte Chandler’s biography The Girl who Walked Home Alone, Davis describes her mother Ruthie as her ‘best friend’, someone who held down multiple jobs whilst studying photography to put Davis and her younger sister through school. Acting came in her teens, when she read for Eva Le Gallienne, whose Civic Repertory Theater was then one of the most popular touring companies – although her ‘break’ didn’t come until 1929, at the Provincetown Playhouse in Greenwich Village, in Virgil Geddes’s The Earth Between. A contract with Universal Pictures followed, although it wasn’t until Davis met the English actor George Arliss (who remained her mentor until her death) that she was noticed by Warner Bros.

If ever there was a scenario that culminated in success, a mother prepared to make any sacrifice and an estranged father who would barely acknowledge her existence, was almost made to produce an actress. As Davis recounted to Chandler: “I never really wanted to fit in. I wanted to fit out. Little did I understand that I didn’t have to try. My desire to be special and to be different already showed that I was”. Rule-breaking was embedded into her psyche and that – combined with her determination to impress her absent father – meant she challenged the status quo not to make a point, but to construct the career and find the roles that she believed she ha the talent to play. Unlike Hepburn, she was an actress that just happened to be a feminist (even if she never labelled herself with the term).

Davis as Leslie Crosbie in The Letter (Dir: William Wyler, 1940)

But her aggressive pursuit of success and her natural honesty were qualities society often (and still does) punished women for. Despite the supposed progression of women’s rights since the 1930s and 40s, women who are aware of their power and are willing to wield it are still contentious and warily regarded. Davis can’t be the feminist icon because we’re still not completely comfortable with women who take exactly what they need and forge their own path. Hepburn’s ‘safer’ legacy is bound up with a fight to be allowed to wear trousers, of being blunt and outspoken but never rude. In contrast, Davis revelled in her notoriety – “I was a legendary terror… I was insufferably rude and ill-mannered in the cultivation of my career. I had no time for pleasantries. I said what was on my mind, and it wasn’t always printable. I have been uncompromising, peppery, intractable, monomaniacal, tactless, volatile, and ofttimes disagreeable. I suppose I’m larger than life.”

Instead of a feminist pioneer, Davis is most often remembered as a prolific and talented actress who was willing to trade-in her beauty for a challenging role. She was all those things – but she was also so much more. In fact, the last words probably belongs to her:

This post is part of the Bette Davis blogathon celebrating the actresses’ 108th birthday. Hosted by In the Good Old Days of Classic Hollywood – check out all the entries here.