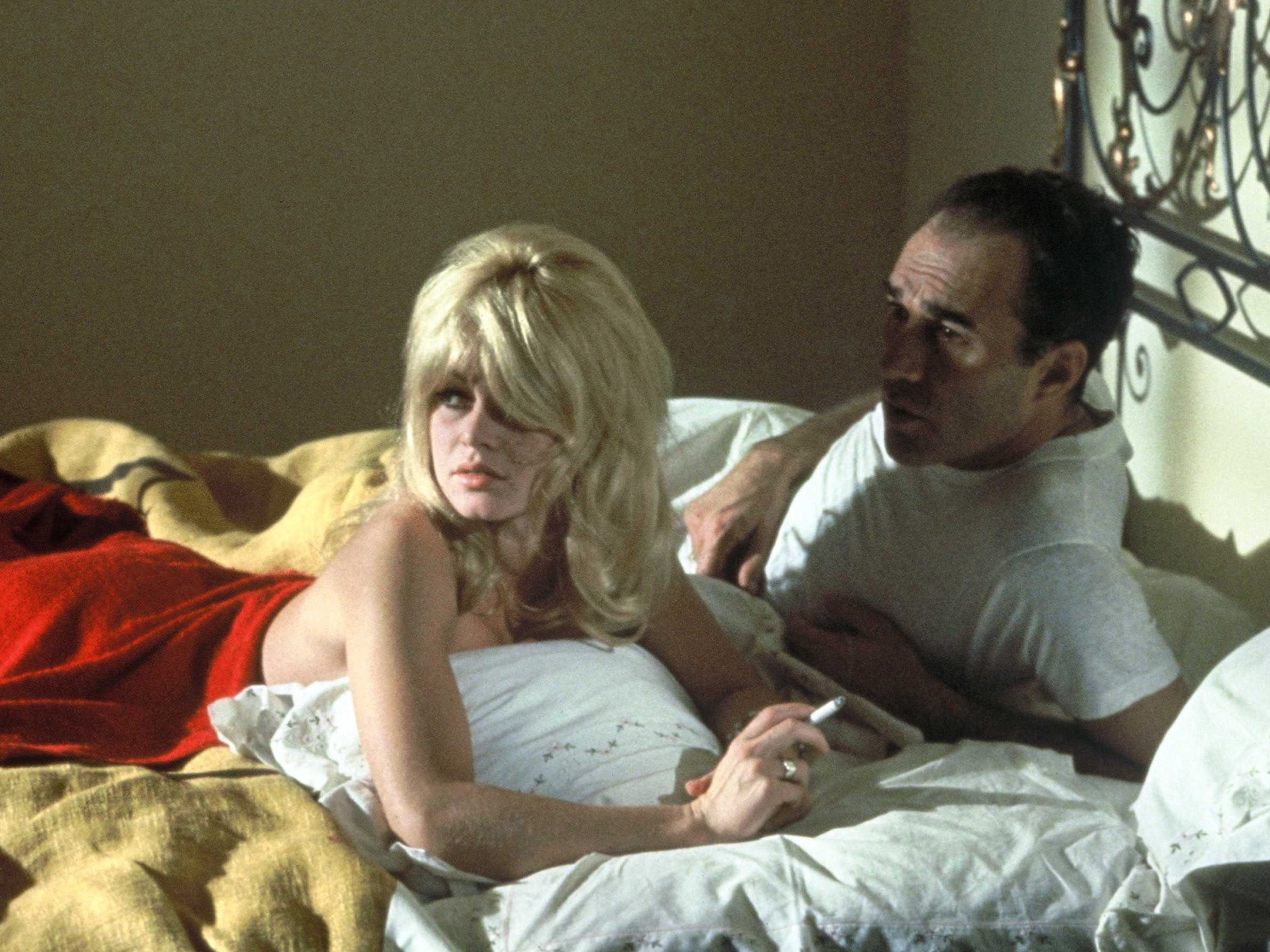 Le Mépris (released in the US as Contempt) is widely regarded as one of Jean-Luc Godard’s most accessible films. It has the feel of a big budget movie, includes some polished and assured performances, and a sublime score from Georges Delerue. And let’s not forget the intense, often-referenced colour palette and the expansive shots of the dazzling Capri coast. Posing several rhetorical questions, it’s a film about filmmaking; Godard’s attempt to challenge the film establishment by reflecting and refracting its foibles back on itself. Much of the film is deliberately self-conscious. There’s a film-within-a-film construct, but even the ‘real’ scenes have an air of knowingness. Look, the director seems to be saying: this isn’t the film, but it’s still a film. 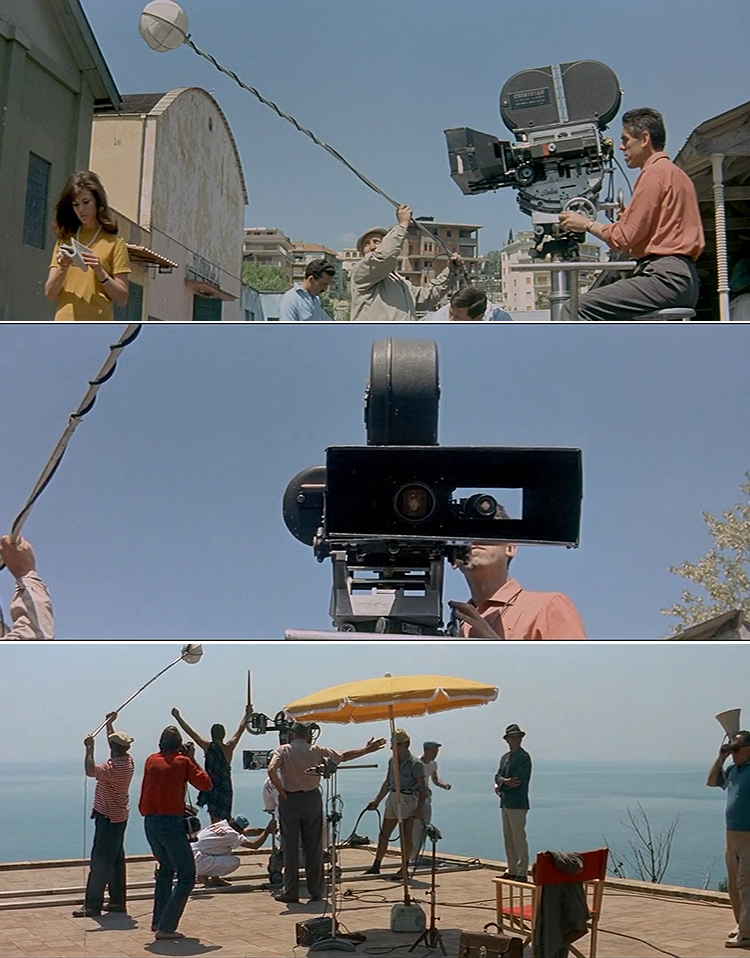 Based on the novel A Ghost at Noon, by Alberto Moravia, the screenplay is deliciously meta. Playwright and crime writer Paul Javal (Michel Piccoli) is hired by American producer Jeremy Prokosch (Jack Palance) to re-write the script of The Odyssey, directed by Fritz Lang (playing himself). According to Prokosch, the film is ‘too artsy’ and will not be a commercial success. This film about making a film is framed by the disintegration of Javal’s marriage to Camille (Brigitte Bardot). Their marital problems begin when Camille meets Prokosch. He – and Paul – insist that she rides in his car. Camille, not unfairly, feels that her husband is using her to impress the producer.

Although their pseudo-intellectualising and lack of adult qualities makes it almost impossible for the viewer to care for either Paul or Camille, their relationship has a ring of soap opera authenticity. During a drawn out scene in their apartment (it makes up almost a third of the movie’s entire length), the two argue in the way only couples can – without logic or reason, flitting between manipulation and seduction, backtracking and employing emotional oscillation. Camille wears and removes a short black wig, an act of transformation that mirrors her changing emotions for Paul – or is perhaps an attempt for him to see beyond the blonde bimbo stereotype. Of the two, it’s Paul who comes off worse – cunning and manipulative he sees himself as the superior half of the partnership – he’s the successful breadwinner, she’s little more than a ‘stupid typist’. Yet still, he tries to force decisions back on his wife, perhaps only to blame her for making the wrong one. That poor opinion seems to be confirmed when, at the end of the segment, he takes a small revolver from its hiding place on the bookshelf and places it in his pocket. Yet we’re not entirely convinced he’ll use it. Just like his ever-present Dean Martin fedora and jaunty cigar, it’s just for show. 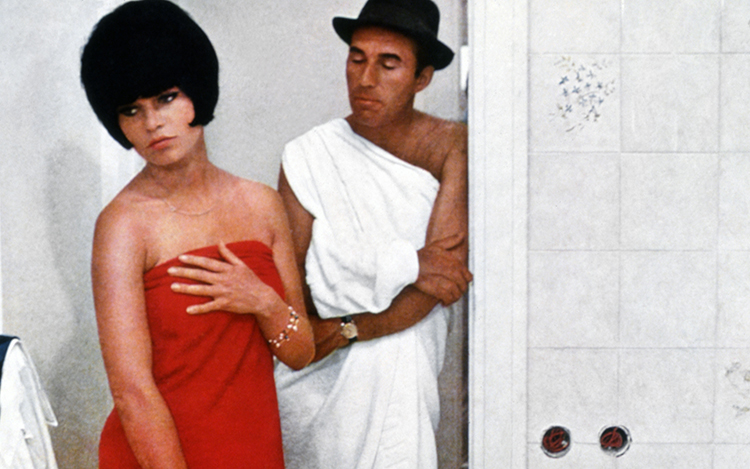 On thing is for certain: the two do have a chance at happiness, but both seem determined to throw it away by refusing to hear what the other is really saying. But Le Mépris goes beyond the struggle of an arguing couple, that’s the surface story. Beneath it sits references from Homer, and Dante, a reflection on the role of the gods in modern life and how classic stories still have the power to influence the modern day. The exterior of the house in Capri – the iconic Casa Malaparte – is steeped to resemble a Mayan temple, playing up the classical associations. Character’s actions seem to intermingle with classicist stories – when producer Jeremy Prokosch throws film cans in anger, he resembles a discus thrower, a Greek statue bought to life (‘At last you have a feeling for Greek culture,’ Lang observes dryly). Whilst these layers add depth to Godard’s film they are also somewhat elusive. It’s not just that they rely on classical history knowledge to be understood, more that the references are ambiguous and not obviously related to the on-screen action. 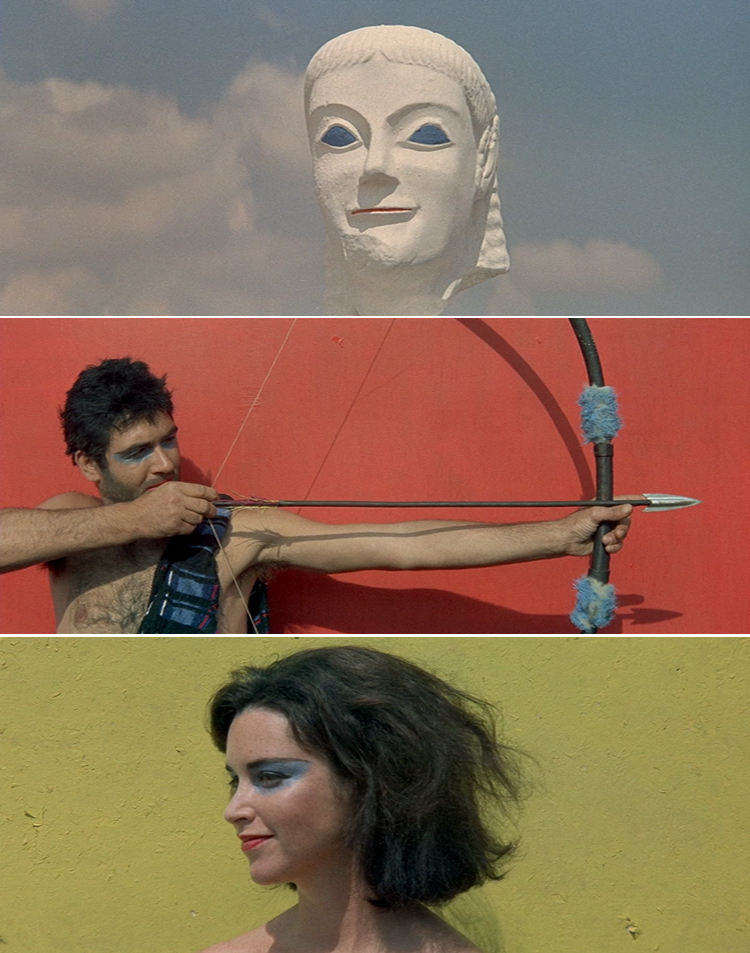 That historical depth sits alongside the more obvious film-in-film concept. Much has been made of how the content of Le Mépris parallels real-life. Does Paul Javal (consciously or unconsciously) represent Godard? Is Camille meant to be Godard’s real-life wife Anna Karina, and Jeremy Prokosch a parody of producers Joseph E. Levine and Carlo Ponti? Although an interesting concept, there’s very little evidence to suggest that this was the case – and even if it were true, it hardly adds any psychological meaning to the narrative. Even if Paul, Camille and Jeremy are representations of real individuals, they remain unrelatable and largely apathetic not because they are flawed, but because they are unconvincing (note that Jack Palance’s ‘unconvincing’ aspects come mostly from the actor – he seems uncomfortable with both his character and the dialogue).

Indeed of all the players, it’s Fritz Lang that’s the warmest and most convincing – perhaps Godard, who reportedly idolised the director, allowed his emotion to cloud characterisation. Roger Ebert claims that Lang ‘sails through the movie like an immovable object’, and whilst there is a certain stoicism to his character he is also a parody of himself and what he represents. Prokosch references Lang’ past by misquoting an anecdote about how the director refused Goebbels’ offer to make Nazi propaganda films (‘Whenever I hear the word culture, I reach for my cheque book’), later Lang dismisses Paul’s preference for CinemaScope, claiming that ‘it wasn’t meant for human beings. Just for snakes – and funerals’. Is Lang’s inclusion meant to be a parody of the director’s career? Although imbued with classicism, the film he is creating seems to be muddled and directionless (of course, we’re only permitted to see a few outtakes) Paul and Jeremy are convinced he’s the man for the job. In some sense, Lang represents the purity of art, Jeremy the corruptible influence of commerce – if anything, perhaps Godard is observing that the two cannot exist in harmony, a sentiment that just might’ve been drawn from his experience making the film.

One theme of Le Mépris that’s impossible to ignore is Brigitte Bardot’s sexuality. Godard plays with her star image; the sheer exposure and knowledge of her body – wrapped in nothing more than a bold red bath towel, exposed during a nude sunbathing scene – renders it ordinary. Because the audience is constantly aware of it, it becomes banal and uncontroversial. Cinematographer Raoul Coutard claimed that Le Mépris’ producer Levine demanded reshoots because, in his opinion, there wasn’t enough ‘Bardot’ in the film. Godard responded by adding an almost superfluous opening scene featuring an extended tracking shot of Bardot’s body that, despite the abundance of flesh, celebrated it rather than fetishized it. Lying in bed with Paul, she draws attention to her thighs, arms and breasts, asking him how suitable they are. He replies that he gazes upon ‘perfection’, reassuring her ominously ‘I love you totally, tenderly, tragically’. The voyeuristic pleasure the viewer takes in the scene is destroyed by the knowledge that Bardot knows she is being looked at, and is keen to make sure her physical attributes match up to expectations. Indeed throughout much of the film, Bardot, with her matching sweater and headband, is less sex kitten, more modest wife. 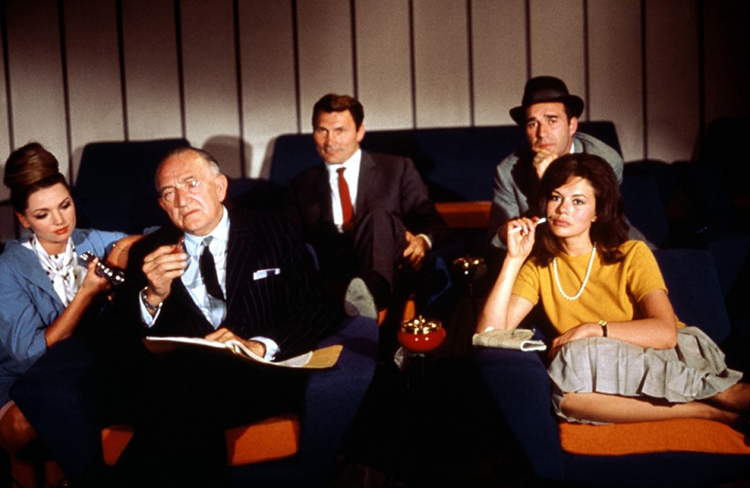 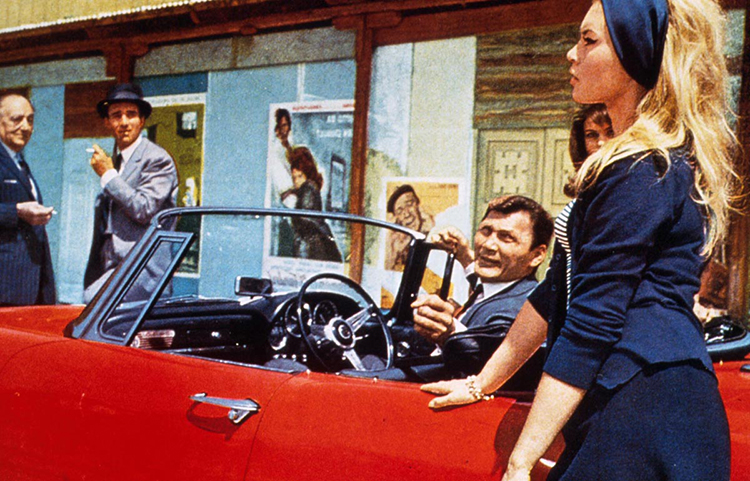 You can – and many have – done a great deal of theorising about Le Mépris. In most cases, these explanations of Godard’s intentions are an over-analysis of what exists on-screen and have succeeded only in harming the reputation of the film by exaggerating what it does have to offer. This is a film that’s far from perfect, but what’s good about it exists right there on the surface. It’s a self-indulgent, melancholy song about betrayal. A mediation on romantic tragedy and what happens when you see but don’t understand. A film about cinema that meshes references to other movies with autobiographical elements and observations on filmmaking as a process. Godard tried to prove too much in 100 minutes and he knew it – and perhaps that’s why after Le Mépris he abandoned big- budget pictures and went back to what he was good at. Were it not for the shallow vapidity of Paul and Camille, we might never have enjoyed the intensity of Lemmy Caution and the dark luminosity of Natacha von Braun (Alphaville, 1965), or the unconventional bourgeoisie of Roland and Corinne (Weekend, 1967).

This post is part of the Backstage Blogathon, hosted by the wonderful Movies Silently and Sister Celluloid. Make sure you check out all the other great contributions over the next few day!